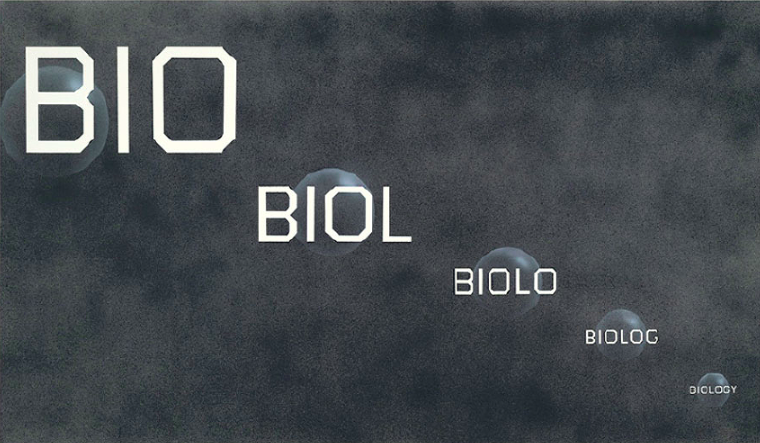 THE ART WORLD IS TAKING A LITTLE BREAK FOR CHRISTMAS BUT WE WILL BE BACK IN JANUARY WITH OUR WORLD WIDE EXHIBITION ROUND UP SELECTED FOR YOU!

IN THE MEANTIME, LAST CHANCE TO SEE…

In the restrained paintings that comprise “Extremes and In-betweens,” all completed in 2016, Ruscha sets in motion a dynamic interplay of words and their meanings in ascending and descending shifts of scale and tone that echo the relation of macrocosm to microcosm. A distinct group of four paintings take up the recurring mountain motif in Ruscha’s oeuvre, which first appeared in the 1990s. Underscoring other references to cinematic devices across Ruscha’s oeuvre, the blushing mountain peaks that appear at the center of each canvas are framed as if in a darkened cinematic aperture, and subtitled with relational word groups such as in All Some None. This verbal progression, in turn, echoes the conceptual vanishing points of the word paintings.

An exhibition of new work by the British artist, including a major architectural intervention in the gallery’s waterside garden.

Thoughts of modernism and its legacy, as well as Romantic ideas of the ruin and the picturesque are conjured in these new works. While modernist architecture has been a constant touchstone for Hartley, amplified in recent work is a sense of narrative, of the viewer having arrived at a situation of ambiguous cause and uncertain outcome. 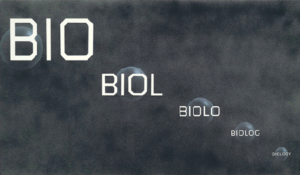 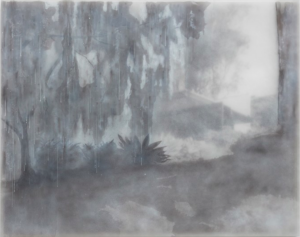