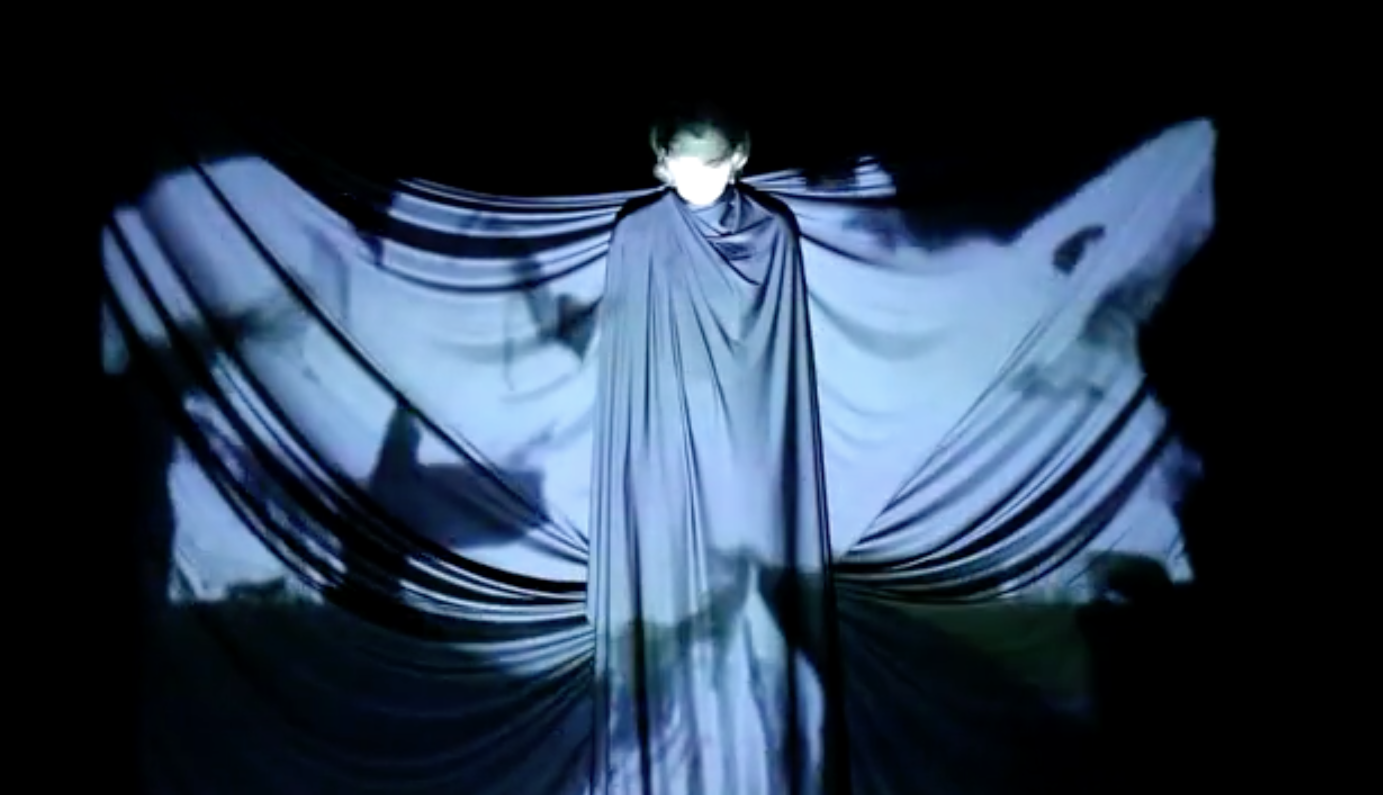 EL ADORADOR DE LA IMAGEN (THE WORSHIPPER OF THE IMAGE)

As part of TRIAD’s project You Can Only Understand From A Distance, Lucia Pizzani will present her video project El Adorador de la Imagen (The Worshipper of the Image).

Lucia Pizzani will be attending the screening.  A conversation on her practice with art historian and curator Rodrigo Orrantia will follow from 7.30pm.

Lucia’s work revolves around issues of gender, body, and a lifelong interest in nature. This combination also feeds from the various studies she has done of Visual Communication, Conservation Biology and Fine Arts. In recent years she has been developing a visual approach that uses photography, performance, installation, sculpture and video. In these various processes she tackles issues addressed by the Surrealists and body art of the seventies linking it to today from a research-based practice. She seeks stories, literary and artistic references in significant periods both in Europe and South America, mixing various aesthetics, cultures and historical characters.

“In this work the costumes’s black fabrics work as a screen for the projection of the motion picture Création de la Serpentine(1908) by Segundo de Chomón, a film maker known as the “Spanish Méliès”, and starring Loie Fuller . Here, Fuller materializes as a result of some alchemy performed by the devil, who has previously interrupted a peaceful evening of music and dancing in a French salon of the early 19th Century. Fuller starts dancing and multiplicating, as if she were a swarm of insects, invading space. The ballerinas spin around, shaking their costume wings until they explode in flames and disappear. Meanwhile, Pizzani observes the swarm projected on her skirt from above, as a sort of meditative demiurge, submerged in a deep state of trance. Although Pizzani only shows the scenes with the ballerinas, not including Chomon’s film from the beginning, the demonic metaphor is a key element for interpreting this work: the dark, fatal woman -whose uncontrollable seductive powers were equated through years with Satan, leading to the invention of the witch and the subsequent witch hunts- is the symbol considered by Pizzani a starting point for her whole project.

As mentioned at the beginning of this essay, in the novel The Worshipper of the Image the villain is the image of a beautiful woman whose malignant yet fascinating power unchains a series of misfortunes that ruin the masculine character. The confluence in the historic dates of these different events is also interesting: the “Unknown from the Seine” became an icon late in the decade of 1880; Le Galliene published his novel in 1900 and Chomón immortalized Loie Fuller’s butterfly choreographies during the years around 1900 and 1910. What is it that attracts Pizzani to research the Victorian Europe and the Belle Époqueover and over again? A possible answer is that this is precisely the historic and cultural period in which women began their struggle for freedom.”

“In the next room of the gallery the chrysalis-women come to life in the Cáscaras video (2013). An idyllic landscape in the shores of a crystal like river is the place where the women begin to twitch urgently, wanting to break free from the paralyzing membrane, to gain their freedom. The soundtrack mixes sounds from the natural world -the wind, the water current, song birds- with electronic elements, creating an enigmatic atmosphere. In the following scenes we see the caterpillar-women individually and in different landscapes, asserting their individual identities outside of the group. The topography of natural landscape fuses with the topography of the feminine body. Each chrysalis-woman is wrapped in a differently printed/colored fabric, performing her own set of movements; these are features that confer a unique personality to each of these women, in spite of their anonymity, due to their covered faces. In other scenes we glimpse their eyes through the holes in their suits, thus rendering these characters more meaningful and real. The chrysalis-women stare at us as they shake. They seem serious and determined. Is Pizzani establishing here a metaphor for women’s liberation? Is this video perhaps showing the moment prior to hatching as a reminder of the pain, doubt and solitude involved in any attempt at freedom?”

“As we have mentioned before, Pizzani has a profound interest in ecological processes and this project gathers several works that combine various conceptual strategies; some are related to social and gender issues while others explore biological matters. The evolution from chrysalis state to butterfly, a main component of the lepidopteran life cycle, is explicitly reflected inCronógrafo Monarca: 9 births, two deaths and one disappearance (2013). To carry it out, Pizzani kept in her studio two dozen live chrysalis hanging on a wall. She recorded every small change in their life cycle, from their births to their first flights. The video fragments show us different vital moments, and it is affecting because it manages to transcend its mere documentary value to make a profound statement on the inescapable passage of time.” 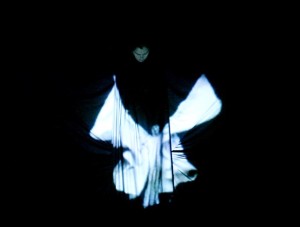 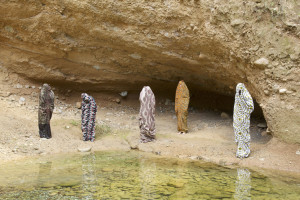 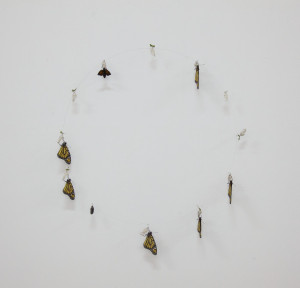 YOU CAN ONLY UNDERSTAND FROM A DISTANCE