You Can Only Understand From a Distance 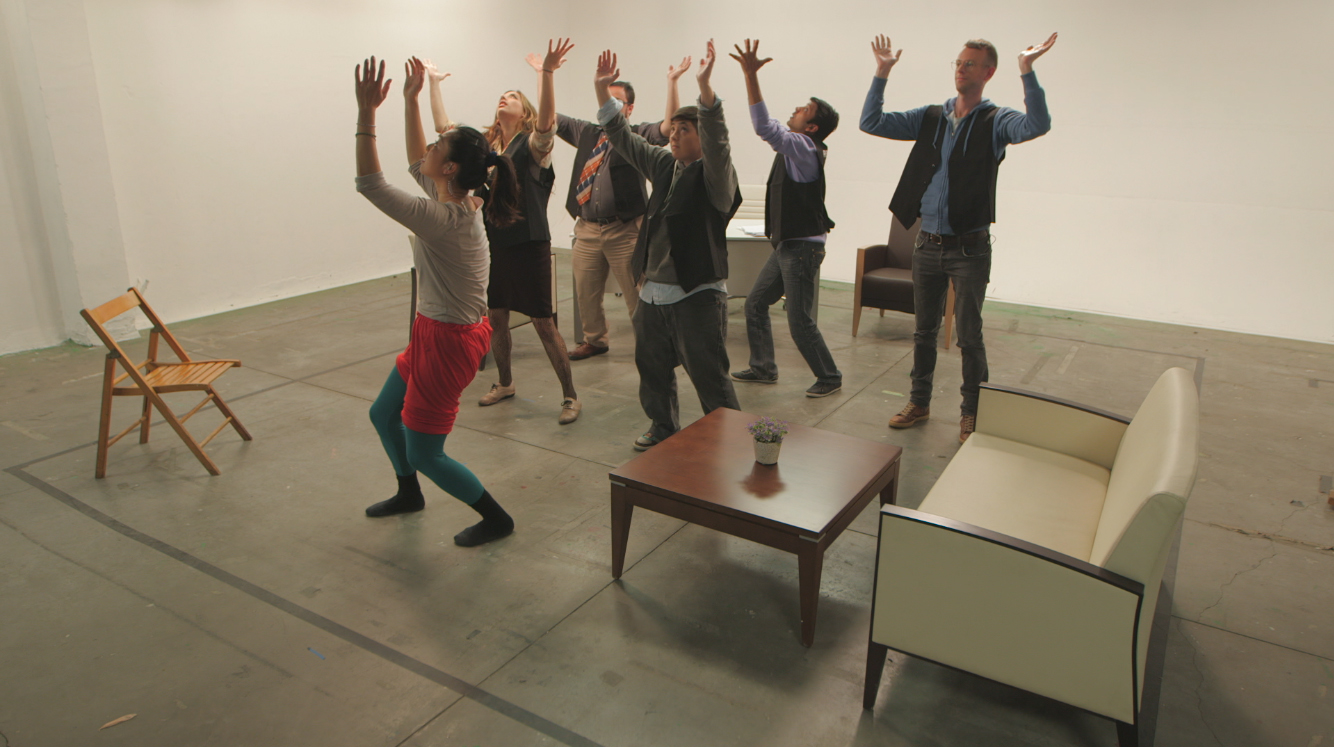 I Will Be Your Guide For This Session is a video installation that originates as a live performance. Taking place in a family room, a bedroom, a workroom, and a dining room. It shows 20 participants divided into 4 groups, each placed in one of the domestic areas and assigned with a group moderator. Each moderator is from a different professional background ranging from psychotherapy to performing arts. The moderators guide separate sessions with their groups. The sessions take place in succession, and while each one occurs, the other three groups observe.

The work offers viewers a unique experience in art, therapy and theatre, and the unusual opportunity to serve as both active protagonists and passive observers. The project also introduces a relationship between video and performance art in which each component is a separate work based on the same concept. The video installation presents the “director’s vision” of the performance: shot in a film studio, directed, and edited. The live performance, in contrast, is unpredictable and dependent on audience participation and collaboration.

The performance creates a controlled environment in which one comes across authentic encounters between people who are encouraged to use personal stories and memories to deal with unresolved issues, form momentary intimate connections with strangers, and reveal themselves in unexpected ways.

The Screening will be followed by a panel discussion at 7:30pm.

The artist will be engaging in a live Q&A session via WhatsApp. On behalf of the artist, TRIAD invites you to submit your questions to Einat who will answer them live during the opening. Simply visit the Facebook link below and inbox message your number to TRIAD and it will be added to the WhatsApp group where you’ll be able to chat live with the artist!

You can also submit your mobile number during the opening.

Antonia Wright – You Can Only Understand From a Distance